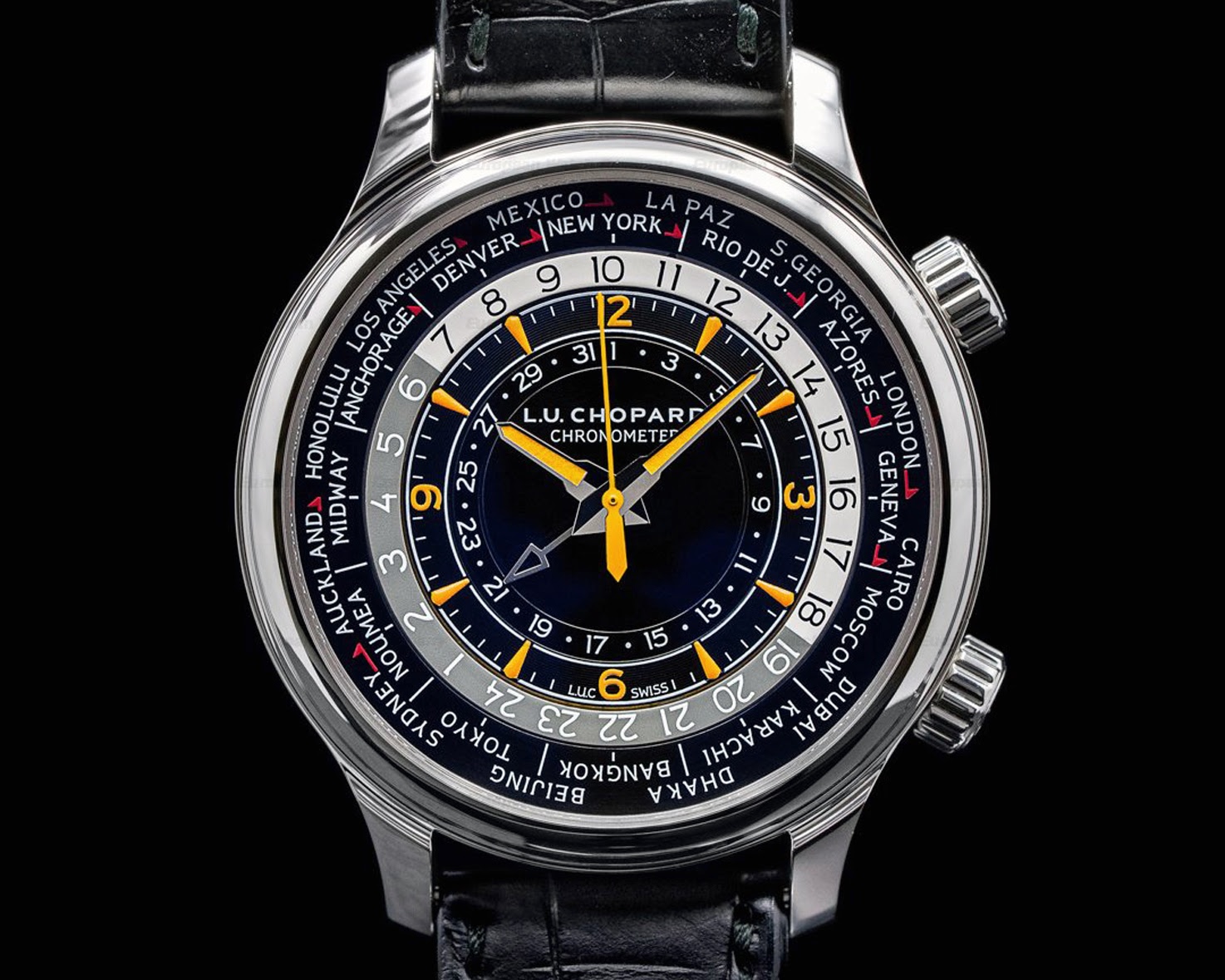 Chopard LUC Traveler One. Some thoughts.

amanicoIf you like world time watches, you immediately have in mind Patek Philippe, Girard Perregaux, which both offered their modern vision in year 2000, with the 5110 and the WW TC, respectively. Jaeger Lecoultre came a bit after, circa 2005 with the Extreme World Chronograph, and Vacheron a few years later, with the Patrimony World Time. In 2014 came the Montblanc Orbis Terrarum, and last nut not least, the Jaeger Lecoultre came again, in 2015, with the Geophysic Universal Time as a " World Time Only ", I mean ... ...Story 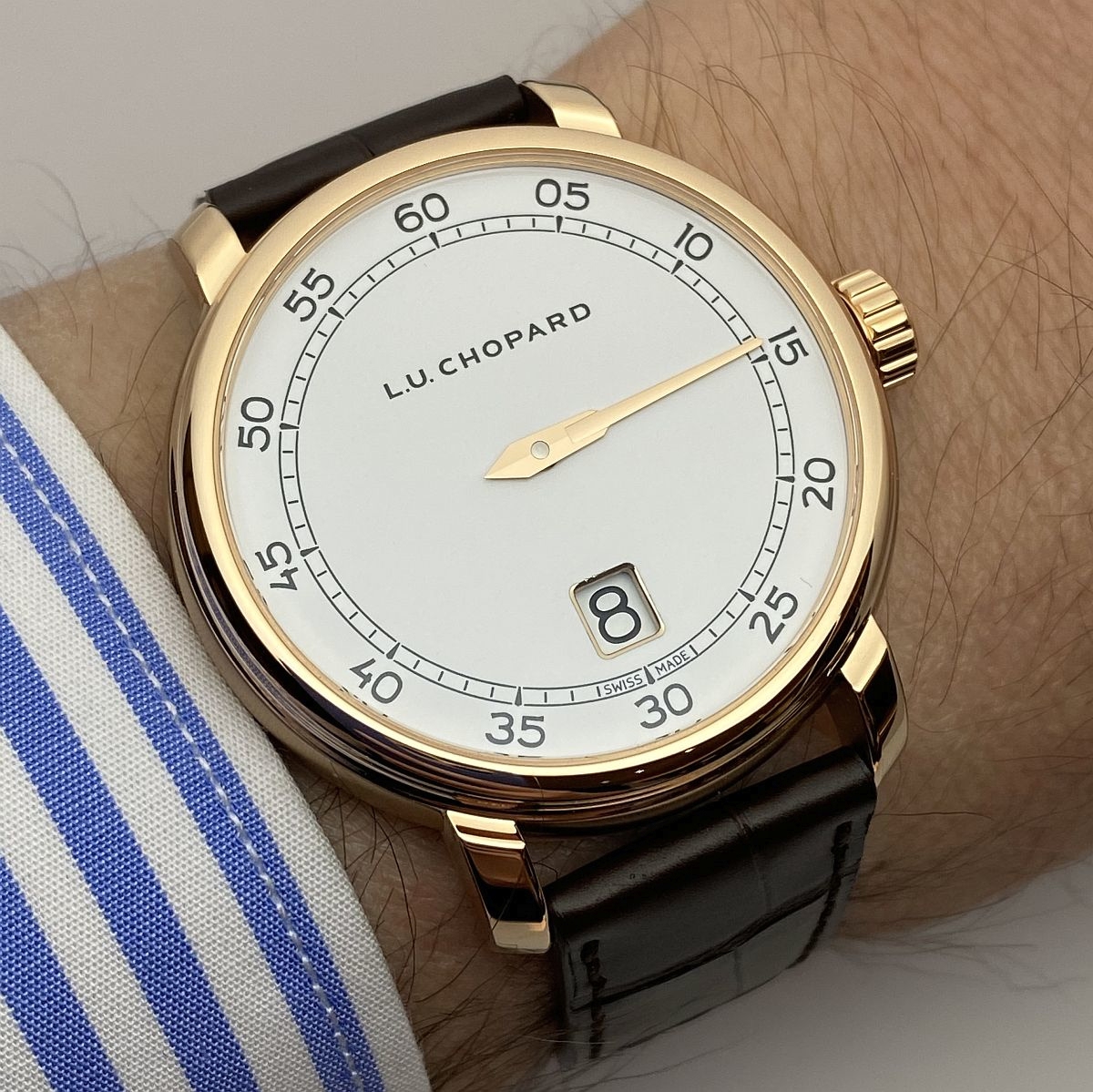 Hands on review of the Chopard LUC Quattro Spirit 25

foverstaTwenty-five years ago, Chopard offered its first in-house movements. The brand had to celebrate such an anniversary with dignity, given the large number of complications that have been developed since then. We tend to forget it (which is a pity) but the LUC collection is today one of the most complete and accomplished collections from a Swiss manufacture. The number of movements, the diversity of complications, the ability to design a watch with two hands as well as a tourbillon or minute repeater have allowed .....Story 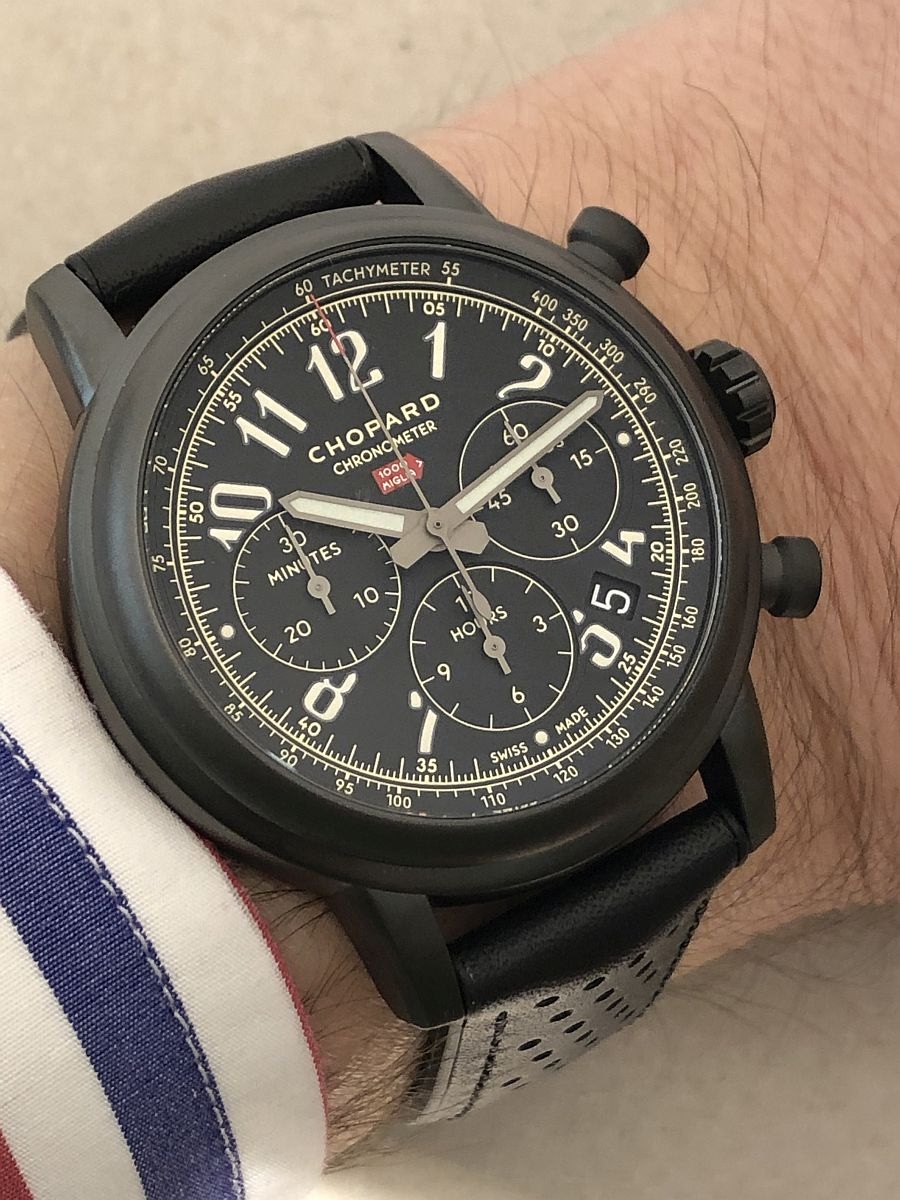 Hands on review with the Chopard Mille Miglia 2020 Race Edition

foverstaMany of us don't want to think about the year 2020, but at least Chopard is giving me the opportunity to do so in a positive way with the Mille Miglia 2020 Race Edition Chronograph. While my tastes run much more towards the manufacture's LUC collection, I've always enjoyed the casual chic style of the watches from the partnership with the very famous Italian motor race. I think there is a real know-how on Chopard's part that is largely due to Karl-Friedrich Scheufele's passion for motorsports and classic ... ...Story 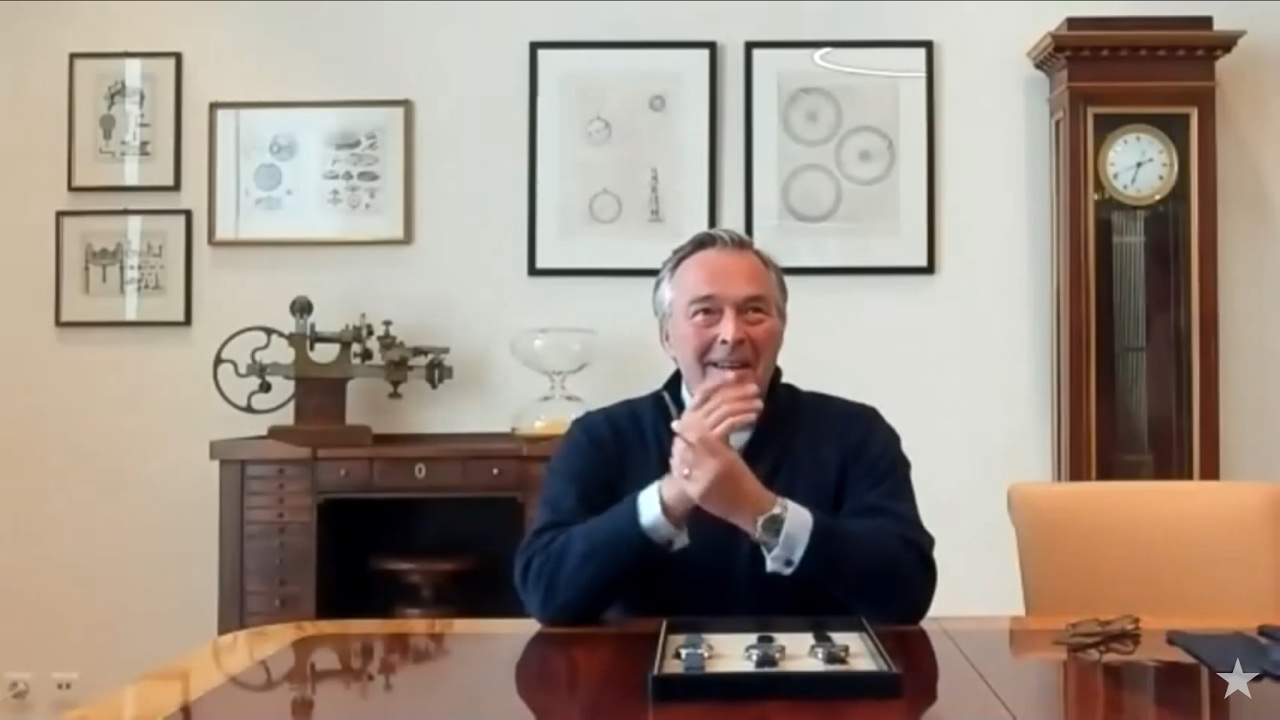 Some great insights from this interview... cant wait for the actual products 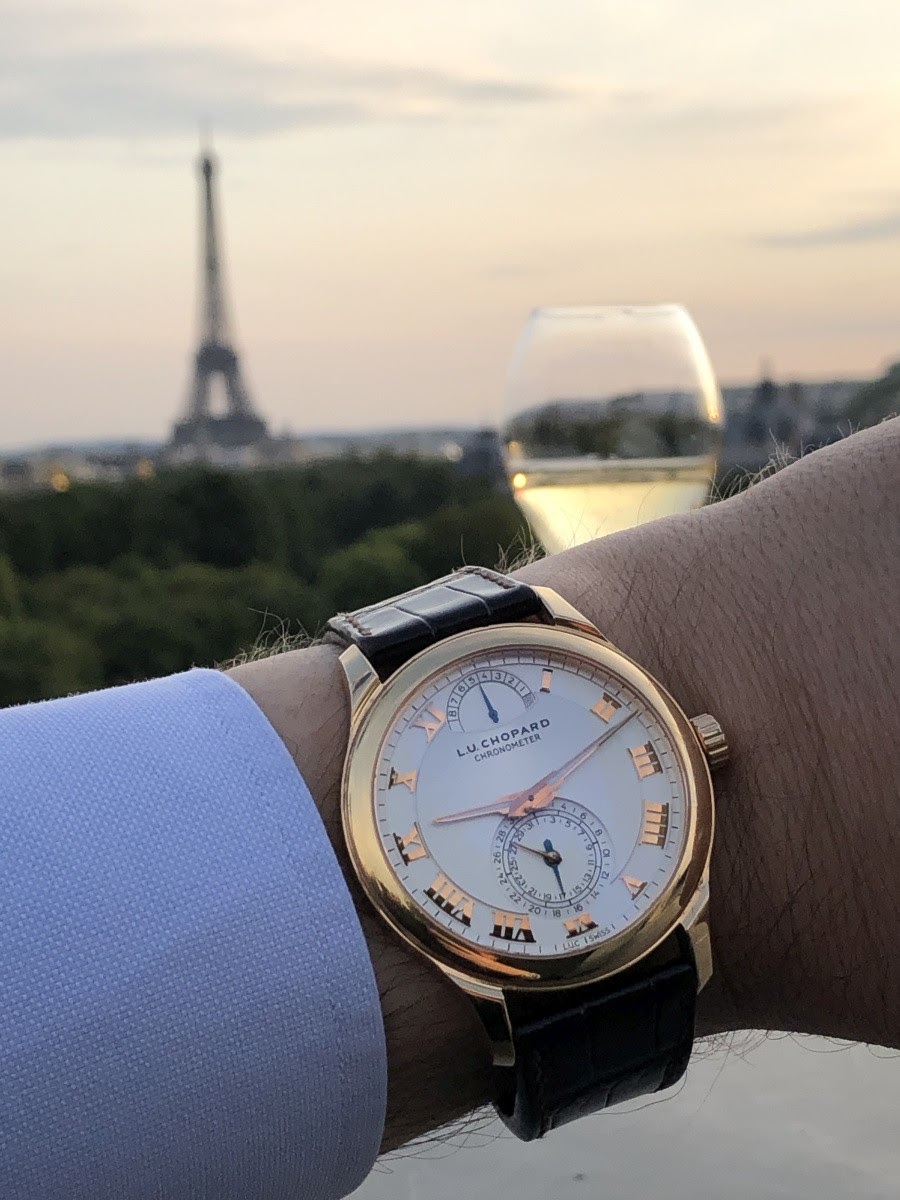 Report of the Chopard LUC event

foverstaI was very fortunate to be invited by Chopard to attend the LUC event which took place yesterday in the prestigious venue: the Automobile Club de France. Actually, I wasn't able to remember when the latest big event organized by Chopard took was organized in Paris. Of course, Cannes remains a big spot on the agenda year after year and some dinners related to the festival are organized in Paris in this respect. But I think that yesterday's event had been the first one from a quite long time dedicated to the .....Story 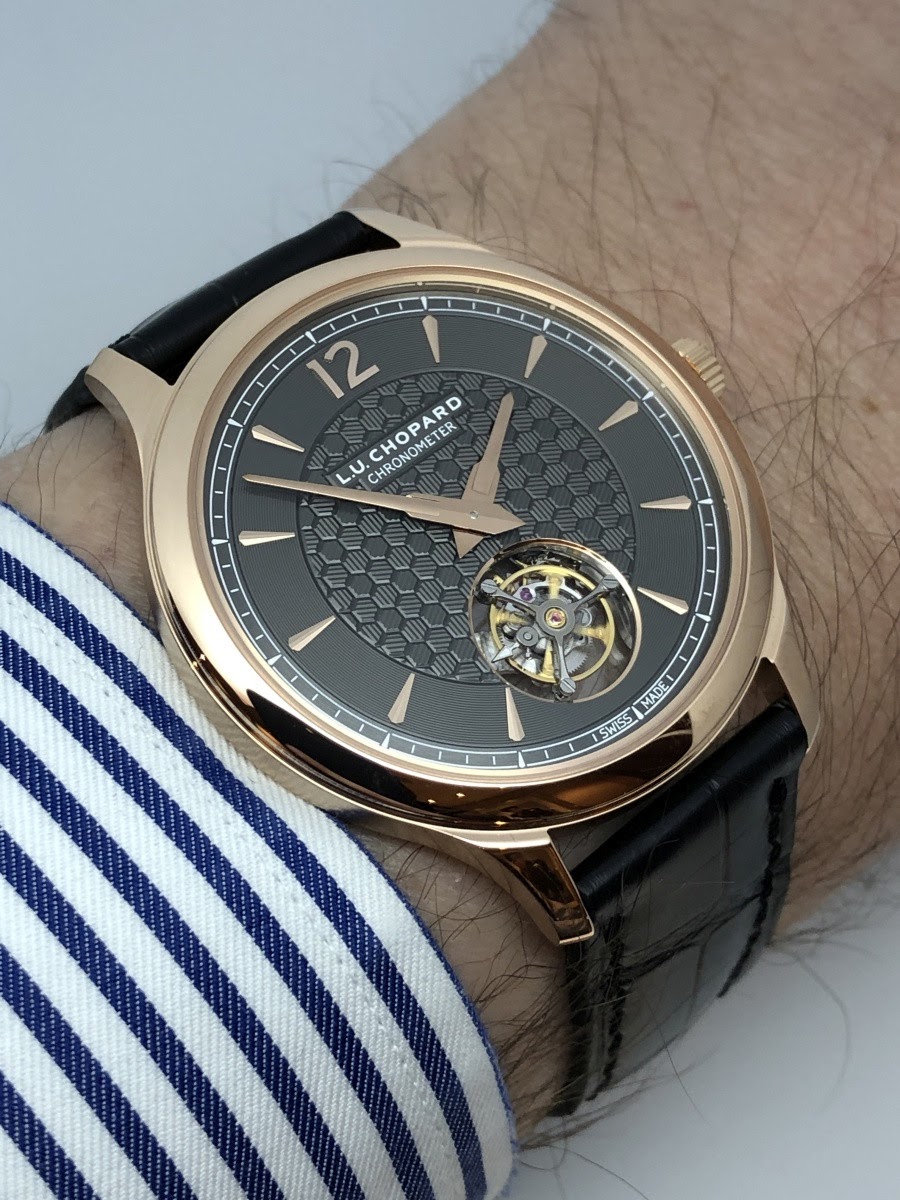 foverstaThe novelties unveiled by Chopard at the 2019 edition of Baselworld mainly focus on the LUC collection and explore different types of blue dials. Through this collection, Chopard remains faithful to its line of conduct by offering classic, refined watches that all have a touch of originality. Chopard also took the opportunity to present, as tradition, the Mille Miglia Race Edition of the year. I propose you to discover these watches...Story 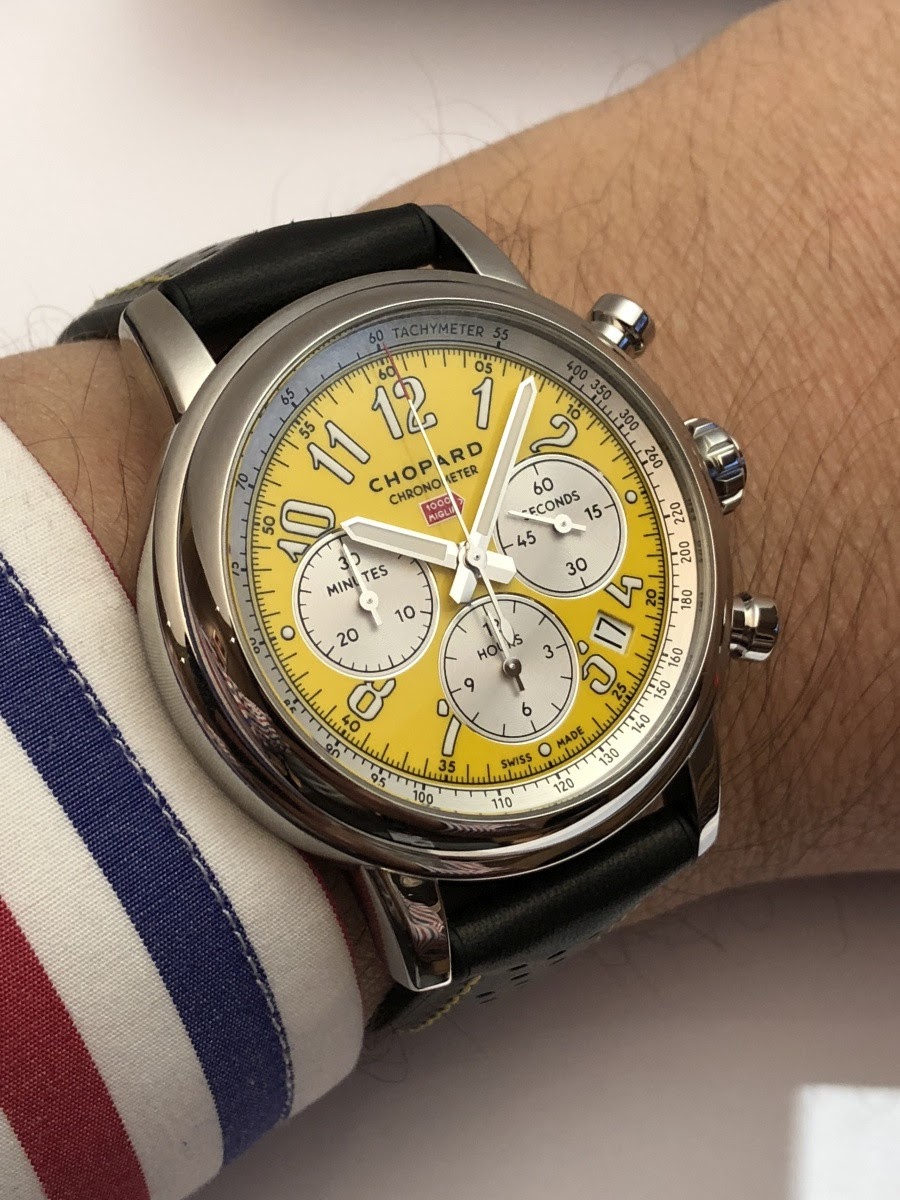 Hands on review of the Chopard Mille Miglia Racing Colours

foverstaCome on, cheer up, little by little we are approaching Spring and a milder weather. And it is during the Spring that classic cars racing events are back to the forefront, including the most famous of them: the Mille Miglia, which will make its traditional loop from Brescia to Brescia via Rome in May. The opportunity is therefore right to wear during the competition one of the Chopard Mille Miglia Racing Colours watches that were presented last year to celebrate the 30th anniversary of the brand's involvement ... ...Story 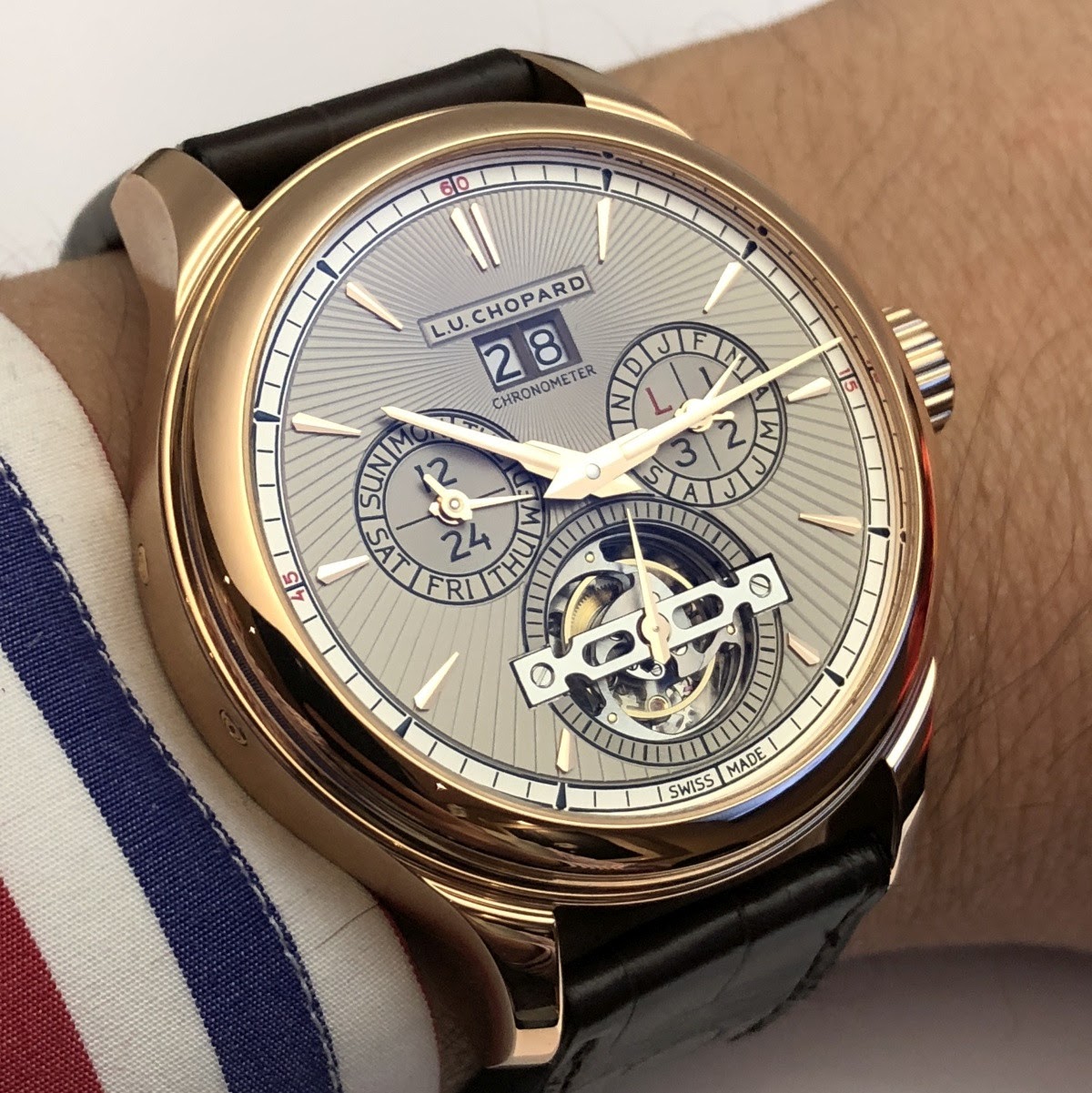 foverstaFor many years, Chopard has established itself as one of the most technically creative and innovative Swiss Manufactures thanks to a very large catalog of complications available in the L.U.C collection. In 2010, to celebrate its 150th anniversary, Chopard presented its most complicated watch, the L.U.C All-in-One, whose name was ideally chosen. Indeed this watch was a demonstration of the know-how of the Manufacture by gathering many complications displayed on both sides of the case. The problem with "demonstrative" .....Story 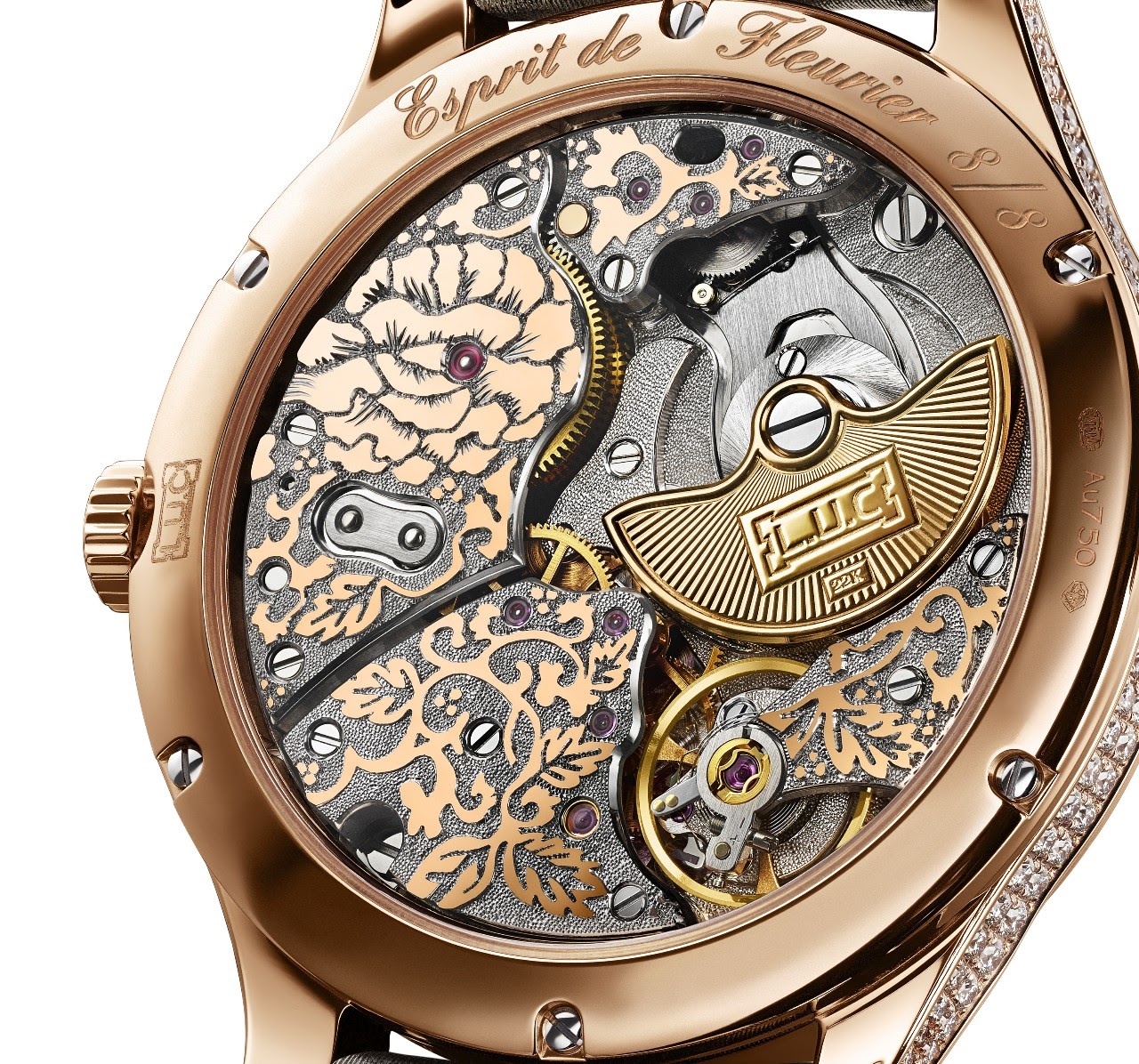 KIHL.U.C XP Esprit de Fleurier Peony Artistic crafts enhancing an exceptional timepiece It has become a precious rendezvous, almost a ritual. Each year, the Maison Chopard unveils a highly personal variation on the theme of the peony. Revered since antiquity, this intensely colourful, fragrant and symbolic flower finds worthy expressive territory in the L.U.C XP 35 mm. Alongside the Fleurisanne engraving that endows it with an aura of splendid refinement, Chopard Manufacture enhances this new edition with a .....Story 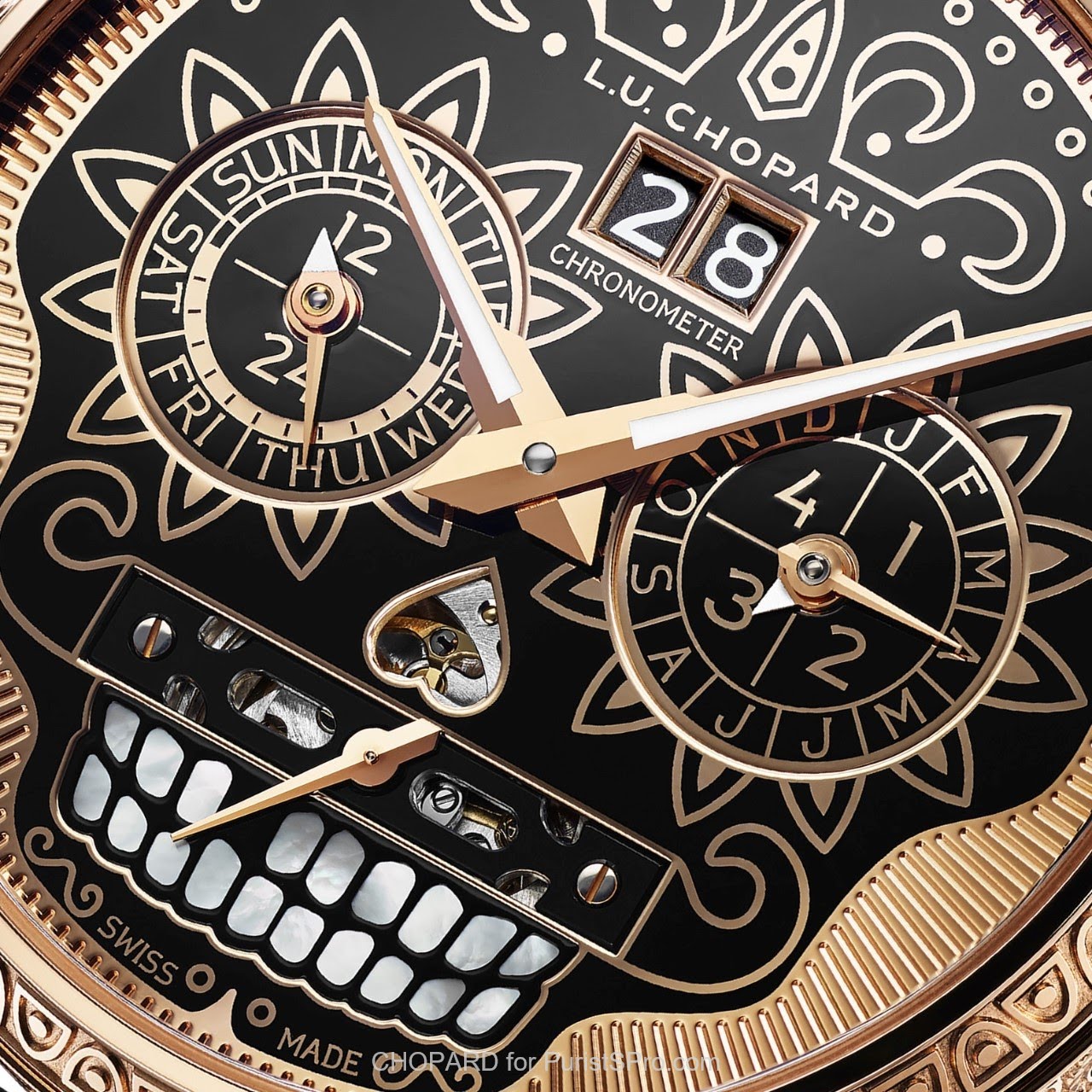